Top Five Tuesday is a weekly meme hosted by Shanah @ the Bionic Book Worm and this week’s theme is overhyped books. I give in to the hype often, but I don’t think that’s a bad thing. If lots of people are enjoying something, chances are that you’ll enjoy it too. There’s logic in that kind of behaviour, and it’s the whole reason things become popular in the first place. It doesn’t always work out, though. This is a list of a few of the books that either utterly disappointed me or just left me feeling kind of “meh”.

The Seven Deaths of Evelyn Hardcastle — This was actually the first book I reviewed on this blog. I was so excited to start reading it, I’d heard only good things, and I love a good murder mystery — this one was supposed to blow my socks off, so expectations were through the roof. It turned out to be insufferable; the protagonist was as compelling as a piece of soggy bread, the villain was made entirely out of cardboard, and the helpful side character should just have been named “pointless plot-twist with zero emotional weight, because the reader can’t care about characters they haven’t met yet, and when will authors understand this?” I know it’s a bit of a mouthful, but some parents have weird taste. Ironically, that name would be the least contrived thing about this book.

Simon vs The Homo Sapiens Agenda — This is an example of a book I liked, but that the hype led me to believe I would love. This is a solidly “ok” read for me. There were parts of it I enjoyed, parts that made me roll my eyes. If not for the movie I would have forgotten most of it. The romance is so odd, I respect that it can work for some people, but I can’t be invested in a relationship when I don’t even know who one of the characters is! Maybe that’s on me, but personally I didn’t care for it, the reveal at least didn’t try to be surprising, which in this case is a relief. Oddly, this worked even worse in the movie in my opinion, with Blue’s voice changing each time Simon thought he knew who he was the character grew even more flimsy and distant. But the romance is only a small part of the book, and as Simon’s coming out journey I think it works, and I liked it well enough. It was a short, fast-paced read, that could do with less pop culture references, other than that I enjoyed myself. 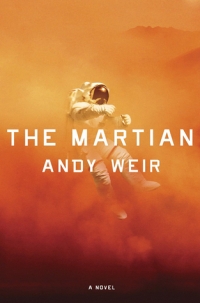 The Martian — I read this in preparation for the movie, which I was expecting to love, since I love near-future sci-fi set in space something fierce. I ended up being disappointed by both. I hate the protagonist’s voice. I just hate him. I don’t even remember his name, but he rubbed me the wrong way since the first sentence. Me and books written in first person don’t always see eye to eye, and this book is a glaring example of why. When it works, the protagonist’s voice is either non-intrusive or even welcome, but when you absolutely hate them it’s like nails on a chalkboard and there’s no escape. Reading this book felt like being trapped in space with that guy in every college class who keeps interrupting the professor to add his unasked for opinion, or who disagrees with everything you say, by saying exactly the same thing only phrased a different way. I only kept reading because I hoped he’d die. That’s a thing that sometimes happens with “stranded” narratives, so I was holding out for what was supposed to be a tragic ending but would instead be a balm for my frayed nerves and rampant bloodlust. It never came. And somehow the movie made it even worse. The fact that the movie ended up being nominated for the Oscars with masterpieces like Mad Max, Room, and Carol only adds insult to injury. 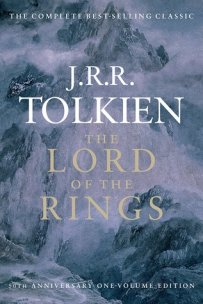 Lord of the Rings — I don’t know what it is but this book felt so generic. I liked the movies well enough, but I wasn’t a huge fan (I usually never like fantasy movies or shows, it’s a genre that works best in book format, for me), and while I appreciate Tolkien’s gigantic contribution to fantasy, I also can’t ignore that he is the father of  “inspired by Europe and set in Europe” fantasy — and that it felt stale by the time I got to him. I can’t really tell myself “but he’s the one who started it all”, and make myself enjoy the book. I also prefer character driven stories to plot driven ones. I prefer it when fantasy spends equal time developing characters as well as the world. Lord of the Rings is all about the plot, though, at least that makes it a fast read, right? No, it’s glacial. Because while Tolkien couldn’t be bothered to flesh out most of his characters beyond what we today consider traditional fantasy archetypes, he sure could describe every corner of the world and all its mechanics. Even when they didn’t matter at all, especially when they didn’t matter at all! Reading classics is tricky, and very hit-or-miss for the most part, so I knew there was a chance I was setting myself up for disappointment. Being right isn’t always great. 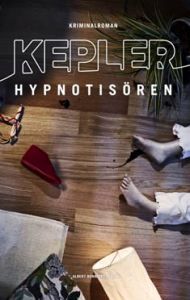 The Hypnotist — I don’t know how it is in the rest of the world, but Swedish thrillers are super popular in Portugal. You can’t go to any bookstore without finding at least a shelf of nothing but Swedish thrillers. Lars Kepler was a name that kept popping up, often under bestsellers. I decided to start with the first in the Joona Linna series, and boy was I in for a ride. The tone in this is just appalling, it’s written like a grocery list, completely monotone, with dialogue that feels like white-noise, characters that are so paper-thin you can see through them most of the time. Motivations so flimsy and contrived, that you can see the authors picking up their characters winding them up and watching them go do whatever the plot needed them to. To make matters worse, this has the world’s worst plot-twist half-way through, that completely changes the course of the narrative, in a very jarring way, for no good reason besides shock value. People love a teenage serial killer, right? Half of it felt impossible and contrived, unless the Swedish police all become officers by winning some sort of scratch lottery.

These are just a few examples of books where the hype led me astray, it happens more often than I would like, but not enough to make me stop paying attention to what’s got everyone talking, altogether. I think the most important thing is learning to distinguish between a hyped book you might enjoy from one that just isn’t for you, no matter how much other people might love it. It’s a skill that takes some fine-tuning and years of practice, but that’s half the fun of reading — finding out what kind of reader you are.